1. Flying organs. Remember the story last Fall about flying lungs for transplant via drone from Toronto Western to Toronto General? Aaaaaaaaamazing. Here’s the tech tale that made it possible, produced by Dot Dot Dash.

2. The world’s newest longest hiking trail re-opens after 60 years. Next month, King Jigme Khesar Namgyel Wangchuck of Bhutan will welcome the world to the re-opening of an ancient 250-mile trail that runs east-west through the tiny Buddhist kingdom of Bhutan, nudged between India and China.  The biggest donor to the project is the Bhutan-Canada Foundation. So if you’re a hiker or bicycler with a yen for purposeful travel, put the Trans Bhutan Trail on your bucket list.

3. How the Olympics came to rely on fake snow. Global warming means the Winter Games of 2048 may be held in Antarctica. Until then, Olympic venues will just keep making and hauling and packing more snow, though it will be hard to beat the Games on right now in Beijing which are using 100% fake snow.

4. What’s going on inside your cello? New Zealand cellist Charles Brooks is also an avid photographer who used a micro-camera to shoot the insides of a piano, saxophone, violin, cello, flute and more. It’s a whole different world inside.

5. “The first thing you need to know is, Boris Johnson is a liar.” Watch comedian “Jonathan Pie’s” scabrous takedown of Britain’s Prime Minister. On the subject of Boris this week, George Will wrote in The Washington Post: “With his carefully tousled hair that looks as though his barber used pruning shears, his shambolic manner of an unmade bed walking, and his louche lifestyle, Alexander Boris de Pfeffel Johnson — Eton; Balliol College, Oxford University — brings to mind Dolly Parton’s quip, “You’d be surprised how much it costs to look this cheap.”

6. Driverless cabs are already here. Soon to be followed by driverless flying taxis. The line for cabs starts here, and flying taxis here.

Speaking of the future of driving, here’s a different truckers’ convoy story. What happens when America’s favourite pick-up truck, the Ford F-150, goes electric? The trucks change, of course, but so do the drivers.

7. The longest lightning bolt. I bet the longest you’ve ever seen wasn’t 500 miles long. That one, which flashed across three US states in 2020, set a world record.

8. What Americans think of us. Or rather, what one particularly whack-job  American thinks of us. Don’t be fooled by his jacket and tie.

9. Lock-down movies. I don’t mean shows we watched during lock-down, but shows we made. Here’s one, Lifeline, an intimate Welsh slice-of-life drama on MHz Choice, an American streaming service that offers an alternative universe to Netflix.

Forbidden Words. I came across paramountcy twice in the last week. In most countries, it means “more important than anything else.” In Canada, it also (of course) means something else. But unless your audience is legal scholars, best to just say “dominance” or “pre-eminence.” “Paramountcy” says: “I’m the smartest kid in the class.”

Life is short. Death is long. Take that trip.

You want to go to the Fogo Island Inn someday. So come with us in September. By now, you know people who’ve been there; you’ve heard their rapturous recounting.

From September 20 – 23, 2022 we’re leading a group of friends to the Inn for an experience that you’ll not soon forget. In fact, we hope to have the Inn to ourselves, which means it will be like a four-day Ted Talk, foodies’ paradise and…summer camp for grownups. Especially in September, which is berry season.

The Inn itself is everything you’d expect from one of the world’s most instantly and extravagantly lauded destinations. In addition to enjoying the fabulous ambiance of the hotel itself, the waves bursting ashore outside our spectacular rooms, the delicious Newfoundland Cuisine, we’ll be ‘out there’ as well – hiking, foraging, exploring the fabulous landscape and generally rushing to experience one of the most hospitable and authentic communities on Earth. 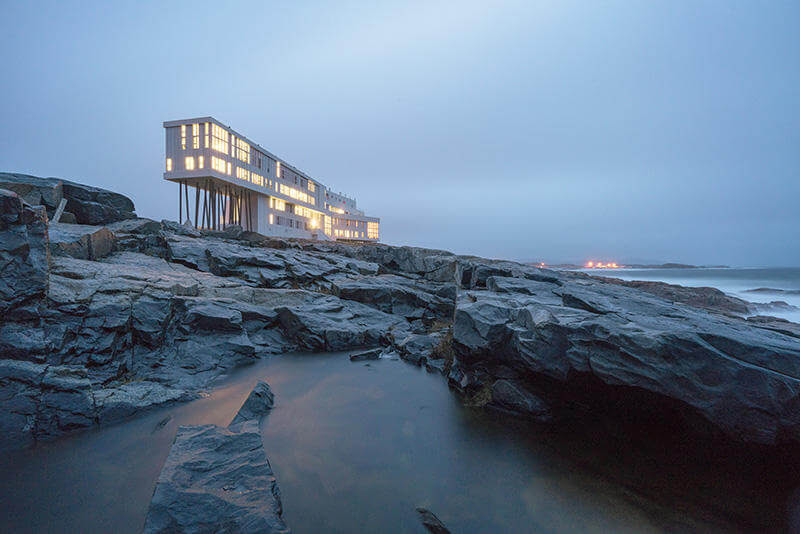