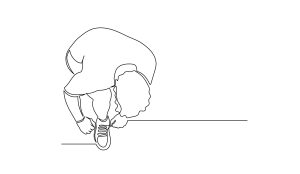 The big losses we all know and dread. It’s the little ones that chip away at who we think we are. I read this week that the Kiwi shoe polish company is ceasing sales in Great Britain. It seems no one is shining their shoes any more. The cause is people working from home and wearing running shoes when they go outside. I, of course, took it to mean the decline of all standards of self-discipline, like making your bed.