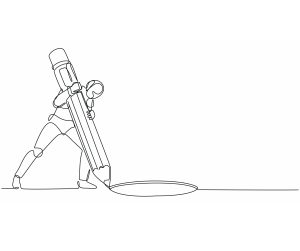 I have seen the enemy and it is…

Words. An odd thought from someone who lives for them and earns a livelihood from them.

But while we’re all still fighting over fake news and free speech and truth and consequences, less than two months ago on November 22nd the San Francisco company Open AI released its latest generation writing bot called Chat GPT. It is to the revolution of thought what wheels were to roads.

Given the initial media response, ChatGPT will either shutter universities, vaporize teachers and homework, and eliminate rational debate, or usher in a new age of enlightenment. But as with many new technologies and bad drugs, the early days ChatGPT is fun and often magic. You ask it a question; it gives you a lengthy, thoughtful, nuanced, and often chummy reply. From 50 words to 5,000. Kul!