What are the six Killer Apps of global dominance? 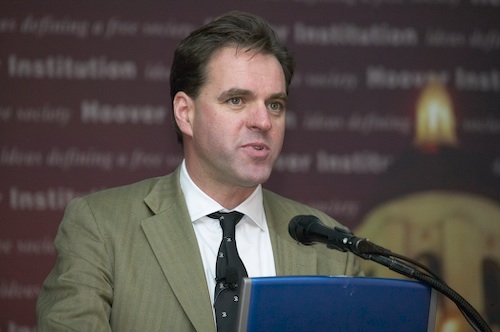 Niall Ferguson is uniquely qualified to tell us the six factors that have led the West to dominate the world these past 500 years – and that the Rest are now downloading, numbering the days of our leadership in the world.

Ferguson will join us at the Ramsay Luncheon on Tuesday, December 6th.

Niall Ferguson is the prolific commentator on contemporary economics and politics, contributing editor of The Financial Times and one of Time Magazine’s One Hundred Most Influential People in the World. He teaches at Harvard, NYU, Stanford and the London School of Economics.

Among his previous best-selling books are Colossus: The Rise and Fall of the American Empire, and The Ascent of Money: A Financial History of the World, which he also presented as a television series.

His new book, which he will discuss at lunch, is: Civilization: The West and the Rest.

So please join us for what will be an enlightening perspective on what got us here and threatens to lodge us from our perch.

Price: $65+HST and includes your copy of Civilization: The West and the Rest, Tables of 10 are available for $650+HST