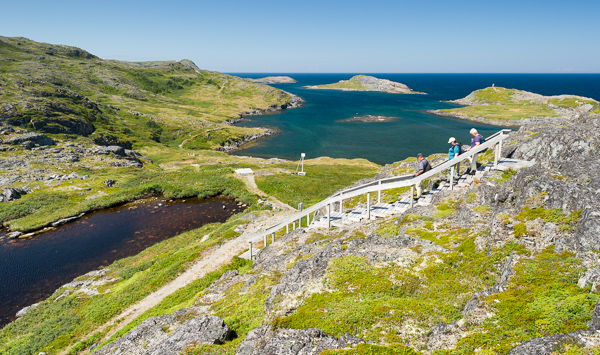 Last weekend, I was hiking with a dozen friends near Lion’s Den on Fogo Island. It was the most desolate part of this desolate island, at one of the four corners of the earth, off the north coast of Newfoundland and warmed by the presence of the Fogo Island Inn.

We were being guided by a local host who raised her voice to puncture the sound of the wind and the waves crashing ashore below. She told a complicated tale of a woman who came alone from Ireland in the late 1700s, settled near Lion’s Den, married a fisherman and had kids. Then, for some reason, she fled and re-settled in Patagonia in the very south of Argentina, where she lived until the age of 102.